Gallery
or
Register now
Register
or
Back to login
Close Don’t have an account?Register now
Register
Back to login

The history of bras, bralettes, corsets and stays, are all heavily interlinked with the history of women, intertwined strongly with the social history of female status. However, many people associate the history of breast-supporting devices as tools of patriarchal and societal control, but this is actually far from the case. Tools to support breasts were ways that women could work, run, exercise and in general feel more comfortable, as well as be fashionable, just as they are today. The use of them allowed women more freedom, corsets for instance actually having been incredibly comfortable for any activity - as long as they were properly made and ‘seasoned’.

Whilst bras are often thought of as having been first created a few hundred years ago, many people don’t realise that they have actually been in use for thousands of years. In fact, it is more correct to say that the bralette has been the main use of support rather than a bra that women have used throughout history. A more heavily structured ‘bra’ was fashioned in the 19th century when the corset evolved into a brasserie. Bralettes however, are far older… 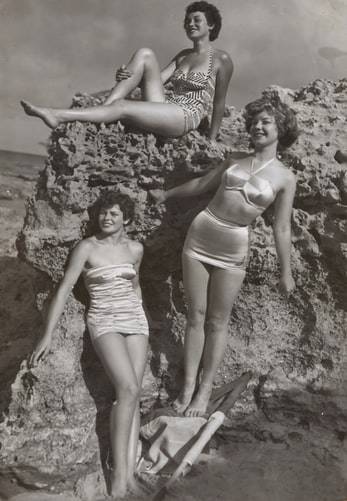 The first modern bra is often repeated to have been made by Herminie Cadolle of France in 1889, according to Life magazine. It’s generally accepted that the first more recognisably modern bras were created in the 19th Century. A lot of these ‘first bras’ however seem to have been created only when patented and mass produced, so it is incorrect for them to be referenced as the first bras, but they were modifications of the till recent omnipresent corsets, so were made of stiffer materials and with wires, which is unlike many previous bras which were essentially bralettes.

The first mass made bras were made in 1912 by a German man named Sigmund Lindauer who then patented them. Funnily enough, the mass production and first patenting of the bralette could be argued to have happened nearly the same year, by Mary Phelps Jacob. She is often referenced as one of the first creators of a bra, a 19 year old New York socialite who in 1910 had bought an evening gown that her large breasts and corsets subsequently resulted in the whalebone visibly poking out from under her neckline which was made from sheer material. Mary reportedly sewed two silk handkerchiefs with ribbon and cord with her maid, and the device apparently caused huge interest at the ball that evening. In 1914, her ‘’Backless Bra’’ was patented and described as being soft, lightweight, comfortable, and separating the breasts, as opposed to the corset which was as we know, stiff thick material, could be hot and uncomfortable at times and pushed the breasts together. Later in the century, the evolution of the corset into brassieres, with thick straps, metal fastenings, and increasingly conical shapes, was apparently sped up by encouragement to stop using corsets to help the WW2 effort. These bras were certainly much more restrictive than Mary’s creation, however if we look even further back, perhaps her design was not particularly revolutionary after all.. 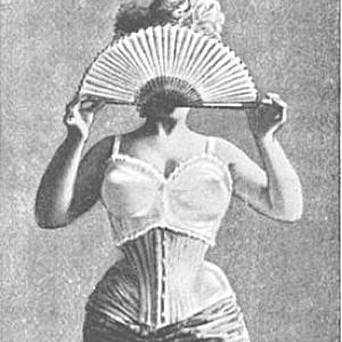 The previous use of corsets is infamous in modern society. Corsets and stays have been in use by women for thousands of years. Corset-like garments have been traced back to 1600BC, that we know of, so it could be even longer. It is an urban myth that women would commonly faint in them or that they were forced to wear them by a patriarchal society (though of course modesty led repression most likely had a hand in some of the fashions). Corsets if made for a woman and then broken in were a tool of freedom - meaning they could move around without pain from their breasts. And female fashion, rather than a patriarchal tool, was in fact most likely the only place (in the last 2000 years in Western Society at least) where women had the sincerest and possibly freest (to extents of ‘morality’ i.e. long skirts) form of expression. Corsets are what then evolved into the modern bra, however ‘bralettes’ or items that could be argued to be bralette-like, have been in use for just as long, simultaneously or even instead of, the famous corset. 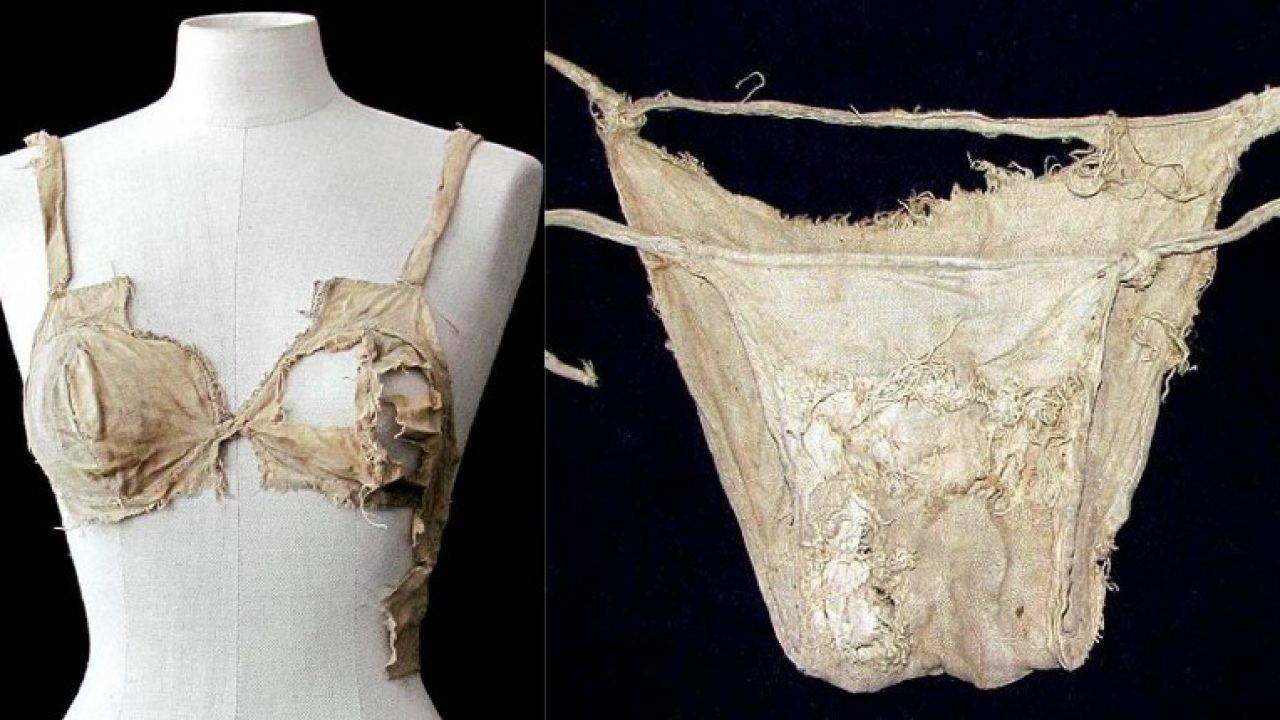 For instance, the first bandeau we know of is seen in a 13th century Minoan mosaic - women who wore bandeau-like tops for either support or comfort while playing sports - this is regularly claimed in many articles as the first instance of a bra mentioned, many claiming that before this exact image, women generally were bare-breasted under simple sheaths. However, as must be asked of the general history of bras, why would only one image be the proof that this is when this garment came into use? There is some debate about the translation of Aphrodite's famous 'kestos himas poikilos' in the Ancient Greek Homeric Text The Iliad. The issue is that Homer's text literally says that Aphrodite loosens from her breasts, therefore it could have been a decorative breast-band and not a girdle or belt, normally worn around the waist. This would place a reference to a device, accepted as a recognisable item, for the use of containing breasts, back to at least almost 3000 years ago, which certainly blows out of the water the idea that women did not use supportive items from only 800 years ago. If these items survived from what little evidence we have that remains from ancient societies, it could be said that there is the high possibility that these bralette and bra-type pieces of clothing were as unanimous as they are today. More recently, there was a find of 15th century Italian medieval clothing preserved in a waste pile in a castle, with four of the linen fragments resembling modern bralettes or bras. These long-line, soft fabric pieces are extremely similar to what we call bralettes today.

This history of the bra shows there is so much more to it than bras and corsets being patriarchal tools - they were a women centered concept, driven by women’s needs and wants. Today we believe the same should happen. Whilst there is so much beautiful lingerie in all sorts of shapes and styles, all of which if a person wants to wear they should be fully free to, we love the comfort, breathability and ease of our sets. If we look back, what has actually existed the longest is arguably the bralette, bras are much newer contraptions from the 19th Century, whereas comfortable bralettes have been a concept for most likely thousands of years. There are many amazing and comfortable bras, however it is clear that perhaps bralettes have such a long history for a reason. Now today, it is certainly true that women being able to choose comfort in their breast-support option is a form of freedom, and here at MISKIE we hope to be part of that movement with your choice today. 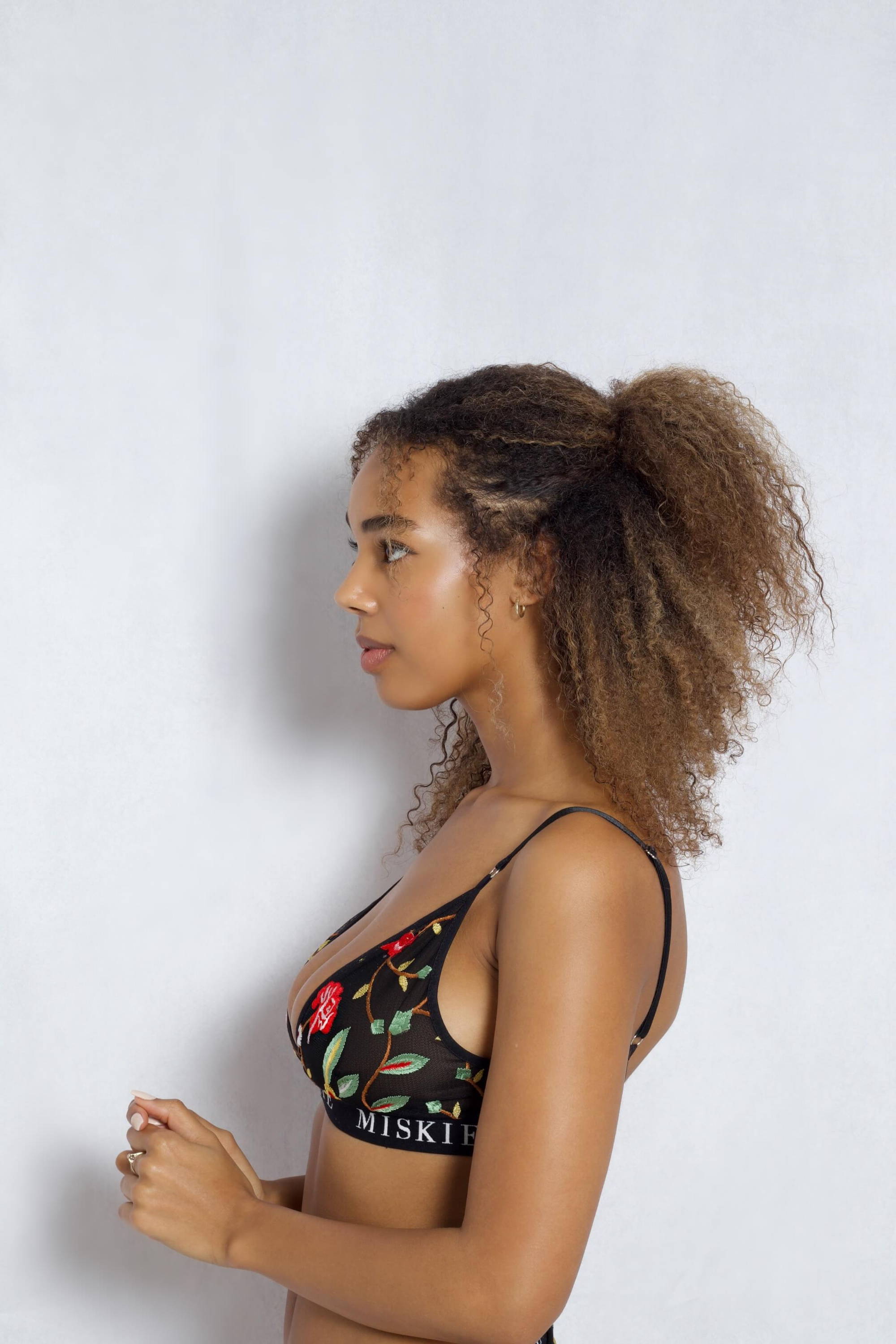